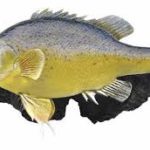 Shrimp is the most popular seafood eaten in the United States. It represents over 25 percent of the nation’s annual per capita seafood consumption. This calculation indicates that the average consumer eats 4 pounds of shrimp per year.

Types and Sources of Shrimp

There are numerous species of shrimp which can be collectively sold under the single term – shrimp. Occasionally they are sold as prawns, which is a term that refers to larger varieties that are more common in certain international markets. The term, camarones, is Spanish for shrimp or prawns.

There are a variety of different types and sources of shrimps available in U.S. markets.

Cold water shrimp are the smaller varieties harvested in ocean waters in the northwest and northeast regions of the United States and Canada. They are known as Pandalid shrimp. A popular species is the pink colored Pandalus borealis commonly used in salads, soups or chowders. Coldwater shrimp are only available previously cooked and peeled (shell removed).

Warm water shrimp are harvested and farmed in tropical and sub-tropical regions around the world. They include Penaeusand Litopenaneus species that are more commonly sold by reference to basic shell colors (white, brown and pink shrimp). Additional names can include tiger, banana and hopper shrimp. Buyer preferences are usually directed by taste, texture, size and costs which will vary from one species to another.

Wild shrimp refers to either cold water or warm water varieties that are harvested from coastal ocean waters with traditional vessels. They are often preferred for traditional flavors and recipes. The harvesting of wild shrimp is regulated by management programs that set annual production limits. Less than 10 percent of the shrimp eaten in the United Sates comes from wild harvests.

Farmed shrimp refers to warm water varieties that are grown in open and closed pond systems supplemented with formulated feeds. Shrimp diets and pond waters can be controlled to influence production rates and sensory attributes of the shrimp. Over 90 percent of the shrimp eaten in the United States come from farmed sources grown in other countries around the world.

Domestic shrimp is a term used to refer to wild shrimp harvested about the coasts of the United States.

Imported shrimp refers mainly to farm-raised shrimp from productive regions in China, Thailand and many other Asian nations, and the Gulf of Mexico and Pacific coasts of Central and South America.

Shrimp can be purchased fresh (refrigerated, never frozen) or frozen. They are available as individual shrimp or in various sized frozen blocks. Frozen shrimp products are the most common forms, and they are available year round. Shrimp are usually sold by weight. Product yield should be considered during the purchase because the price per pound is directly affected by the amount of edible product that is available. For example, headless, peeled and deveined shrimp represent a product form that is all edible but this product form only represents 45 to 50% of the original weight of a whole head-on shrimp so the average price per pound will be higher than product forms that have more waste.

Shrimp are sold by sizes based on the number of individual shrimp per pound. For example, 25-30 count shrimp means that there are 25 to 30 shrimp in one pound. Typical counts for larger shrimp include: Under 10, 10-15, 16-20 etc. The smallest, coldwater shrimp may have size ranges from 100 to 500 per pound. There are no mandated or regulated size categories for the terms jumbo, extra large, large, medium and small shrimp. These are common market terms which should be explained by the count or number of shrimp per pound. Also, it is important to note that cooked shrimp can be described by the count before or after cooking. In general, the larger sized shrimp of the same species cost more per pound than smaller sizes.